As Luck Would Have It...

It just so happens that today is my Grandpa Herman's 85th birthday so the first blog goes out to you Grandpa.....
Luck [luhk] noun: good fortune; advantage or success, considered as the result of chance.

As luck would have it, I've had the good fortune of having grandparents.  And not just any grandparents.  Mine aren't just some old folks, some snowbirds living six states away that send me cards with a 20 dollar bill on holidays.  No.  I'm lucky because my grandparents are my friends.  And we happen to be their only grandkids, so we've never had to share our time with them.
My grandparents are people that live merely five miles down the highway that I've spent my entire life growing up with. They've supported and helped me and believed in me more than you'll ever know.  They're friends that have taken care of us, let us tag along, fed us, nurtured us, and genuinely loved us. Grandma and Grandpa are go-getters and vagabonds, people always on the run.  They are friends that I can mix a drink with in the evening.  In fact, Grandpa taught my brother and I how to mix a high ball in our younger years and when they came out a bit strong, he'd claim, "that looks like wild cat piss!"  He's known for his sayings and my brother has diligently written each of them down through life.  Grandpa is a never-ending source of witty humor.
I don't think he cares for my given name, Kristen.  When I was born, he may have straight-up declared this fact to my mother, his only daughter.  He calls me Krissy. And only Krissy. And that name is reserved for him and only him.  He's an excellent husband. A father of three.  An extremely hard worker. His hands are tough and weathered but his eyes are soft and blue.  He's stubborn.  He loves his whiskey.  He's German with a lot of piss and vinegar running through his veins.  And this is why he'll beat cancer.
When I told him happy birthday and asked how he was this morning, he claimed, "Well I don't feel any older and cancer hasn't killed me yet so I think I'll go to Thermopolis and drink some whiskey." This is how I know all is well in his world.
Luck turned a bit when we just recently found out about the dreaded cancer.  Me being in my science-driven, veterinary mind frame got right to the facts.  I've researched, I've read, I've looked at numbers and statistics.  And then I looked at Grandpa. No way in hell, I thought.  I'm hopeful.  After Lance Armstrong was diagnosed with cancer he said, "When you think about it, what other choice is there but to hope? We have two options, medically and emotionally: give up, or fight like hell.”
He may have cancer, but as luck would have it, he's got us. And I think we'll choose to fight like hell because he hasn't seen me as Doc Krissy yet.  He hasn't danced with me at my wedding. We haven't had the chance to fly fish Hyattville together.  And we're not done drinking whiskey. 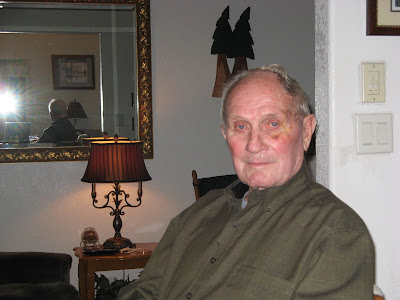 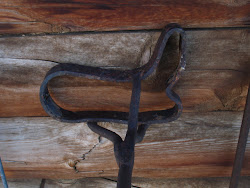 Kristen Lindsey
Sometimes I think so much that I create what can only be described as a whirlwind of words inside my head. I told my dad that I was going to one day write a book and I have full intentions to do so....but I figured this would be a good start as far as organization goes. I'm currently in my 3rd year at vet school at Colorado State University but anyone who knows me will tell you I still bleed Brown and Gold. This is one of a million projects I've started in my so-called "spare time" but I'll do my best to post what I can. I'd tell you more but it may ruin my writing to come...